Friends of ours, Rollie and Liane Callow, bought the beautiful Mt Glorious Getaways a few years ago and started to rehabilitate the old bush trees and re-build cabins on the property. I would hear stories from them over the years of the sky bursting with stars at night, and how they would sit with the family around a giant open fire and get lost in the constellations. I just had to go experience it myself and was grateful to receive an invitation to join the family one weekend. On my long 2018 Australia trip, Mt Glorious was my first destination to visit with my beloved Nikon D750 to capture that famous southern cross and chin-wag with Rollie about what’s happening in the wildlife.

I housed myself at the homestead of Mt Glorious for 2 days before Rollie and Liane joined me. This meant, I was 2 days by myself in the wilderness of the mountain; although it was only 30km from Brisbane, the main city in South East Queensland, to my German-nature, it felt like I was instantly Outback. 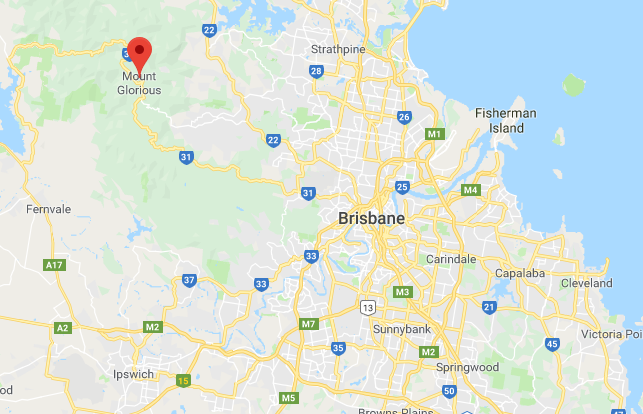 These forests of South East Queensland are very unique, and something I had only seen on photos from Rollie and Liane when they uploaded to Instagram.  The soil is red/brown, and everything I know from forests in Europe is totally different to what I found at Mt Glorious. I cannot believe how even simple soil can be a rainbow of colour and texture away from what I know at home. Rollie invited me up to join a work-day on the homestead, where a few guys took power tools to clean out the under-bush of the area and prune the trees after a hot spring burst through the region and everything budded seemingly overnight. They got me quickly to work where I swept up a mountain of dry leaves and turned over some soil near the garden beds; I looked lovingly at the bobcat and crane, however, realised as a newbie on the homestead, those power-tools are beyond my level. Dammit. With my time well earned on yard work, it was time to pick up the tools I am confident with and set off with the drone to view one of the new properties that Rollie recently acquired. 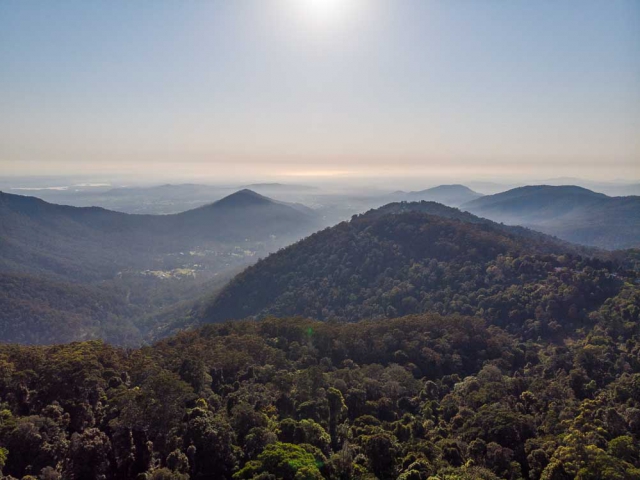 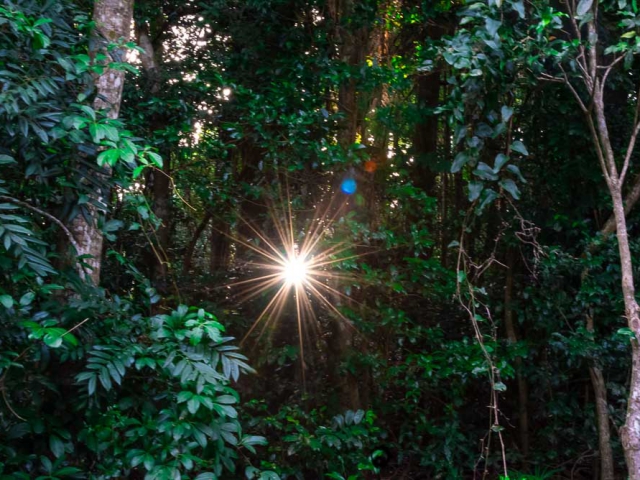 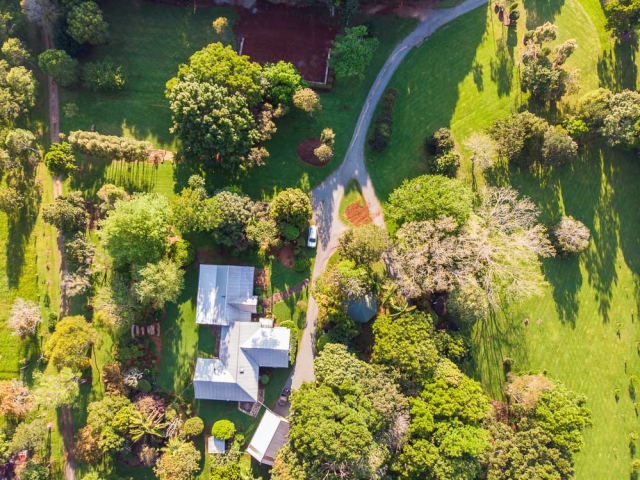 Inspired by the stories of the clear skies and the bright stars, I was going for a night shot of the beautiful main house. I found out with my photopills app, that the milky way will show up right over the house.

I told Rob, the guy who takes care of the property,  about my plans to shoot at night. With all the stories in my head that Australia hosts the most deadly creatures on the planet, I thought I ask Rob about the do’s and don’ts during a night shot. I better would not have done this !!! “Put on full-on-boots, wear long pants and long socks over the long pants and do not walk through the grass because the snakes get you. If the snakes do not get you be aware of the funnel web because she might kill you quickly.” Thanks, mate that was very helpful and now I so do not want to leave the house at all. I felt a great relief when it started to rain and a giant thunderstorm rolled over Mount Glorious because this was the best alibi to stay inside.

I had two options: either I get over this fear or I stuck with it and will not shoot one awesome picture in the next three months. This was reason enough to get myself out the next night, taking a giant torch with me and go for it. 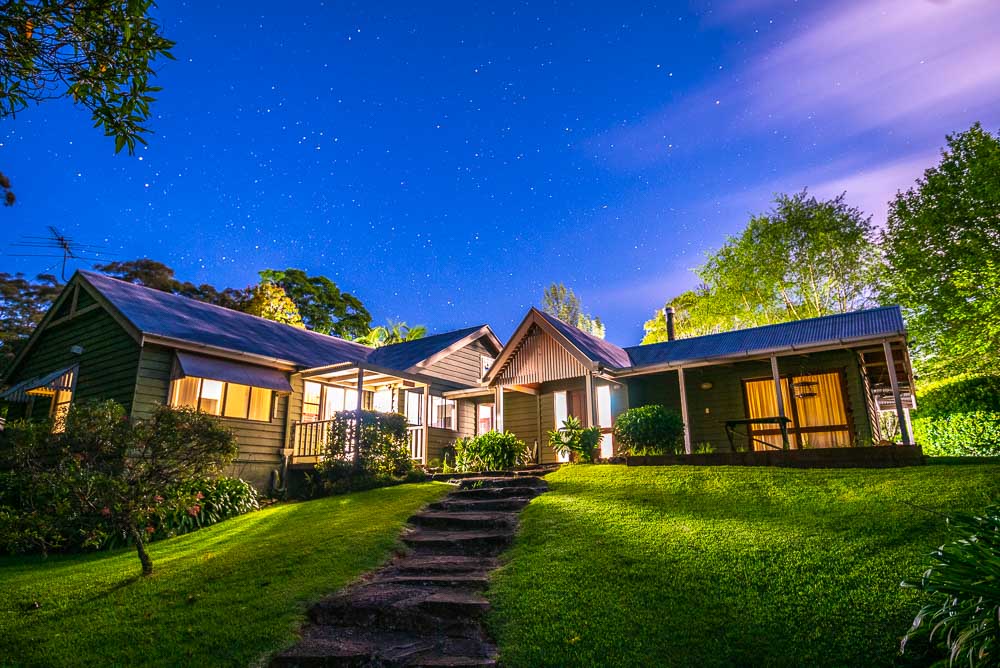